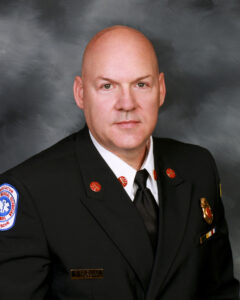 Jeff Abbott became the Fire Chief of the City of Decatur on December 4, 2014 and oversees a department of 111 employees.