The Decatur City Council unanimously approved a resolution naming the downtown green space between William St. and North St. “Preston Jackson Park.” Mr. Jackson is a native of Decatur and is an established sculptor and teacher. One of his sculptures is on display in the middle of the green space – now named Preston Jackson Park. A formal park dedication ceremony will be planned for a later date.  opens in a new windowRead more here 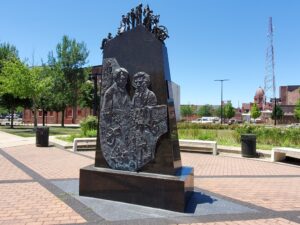